You are here: Home / Entertainment at the 2022 Fair 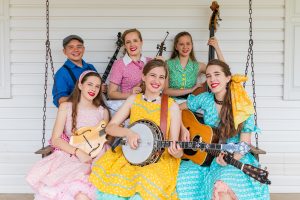 Echo Valley’s show is one you don’t want to miss! Their lively, animated performance will leave you tapping your feet and smiling for a week. With their bright retro apparel and energetic stage presence, these five sisters and one brother impress with their tight sibling harmonies and multi-instrument talents. They have been entertaining people of all ages since 2009 with their variety of Bluegrass, Gospel, Retro and Grassicana styles. 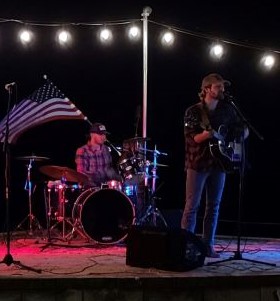 Formed by two high school friends, Evan and Devon was a local country/classic rock cover band. The
original members of the band included Evan Campbell on guitar and Devon Sanders on drums. They
have formed into what is now The Wayne Evans Band and are excited to bring you some of your favorite
tunes. The band is made up of Evan Campbell (acoustic guitar, vocals), Kenny Readler (bass guitar,
vocals), Bill Davis (pedal steel, mandolin), and Devon Sanders (drums). Some artists covered include;
Brooks &amp; Dunn, Toby Keith, Riley Green, Alabama, The Band, The Marshall Tucker Band, along with
various others. These talented musicians are excited to be playing at this year’s Montour Delong Fair. 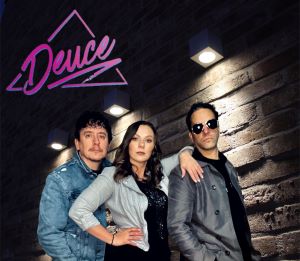 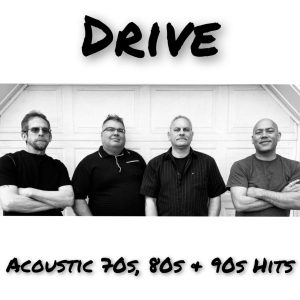 Meet the band DRiVE! This 4 piece acoustic group from Northeast PA plays the hits of the 70s, 80s and 90s. With Mike Spagnuolo as the lead singer, guitarist, Todd Eckard on drums, percussion, and background vocals, Frank Shoemaker on bass and background vocals and Dale Fahringer on guitar and vocals, this band provides high energy and quality entertainment for private and public parties, wineries, breweries, restaurants, backyard pool parties and clubs. Formed in 2018, DRiVE has built a loyal fan base and is ready to perform at your next event. Follow DRiVE on Facebook @drivebandinfo and catch them at their next event! 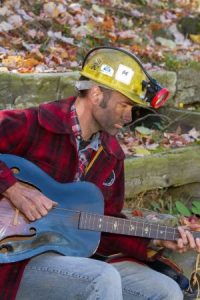 Van Wagner is an educator and musical artist.  In the classroom, he teaches Environmental Science at Lewisburg High School.  He has been selected as Conservation Educator of the Year in 2005 from Schuylkill County and in 2007 and 2009 in Union County. In 2012 he was awarded the Sandy Cochran award for natural resource education from the Pennsylvania Forestry Association. In 2015 the Red Cross presented Van with the Robert N. Pursel Distinguished Service Award. Outside of the classroom he educates audiences with his music and programs on Pennsylvania History. He received an Outstanding Achievement Award in 2018 from the Pennsylvania Heritage Songwriting Contest. In 2021 he was recognized with an outstanding alumni award by the Danville High School alumni association.  His music has been featured on the History Channel, WVIA tv, Country Music Television (CMT), and in several film productions.  He has released 31 original albums and published a book entitle “Coal Dust Rust and Saw Dust.”  His music and programs not only entertain but inspire audiences to become involved in learning more. January 2020 finds the band celebrating a eighteenth consecutive year of performing all the greatest hits from the video era of rock-n-roll music. – The 80s! The 80s!!

Sapphire boasts not only a great female vocalist, but also two great male vocalists to round out the band’s vocal needs. High-energy guitars, drums,  keyboards, and saxophone provide the remaining elements for a “true to original” 80s sound.

Sapphire is completely self-contained with professional sound and light production to ensure a show that is A+ in high class live entertainment.

**We do not permit any alcohol on the premises!**